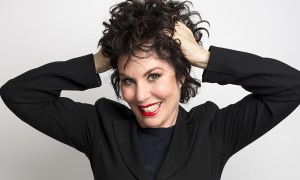 Notorious for her writing and comedy sketches, she recently gained a Masters from Oxford University in Mindfulness-based Cognitive Therapy and has become an avid mental health campaigner.

This 8 minute talk covers Ruby’s own experiences of mental health, being institutionalised, finding her tribe and discussing how ill equipped we are for life in the 21st Century.

Ruby is currently on a UK tour with her new show Ruby Wax: Sane New World – an extension of this TED talk. You can also catch her at the St. James Theatre in Victoria next March.

areas we specialise in:

QUOTE OF THE DAY

'May your choices reflect your hopes, not your fears'